Bitcoin is the largest blockchain project currently active. The cryptocurrency that started a revolution when it first appeared in 2009. Since then, the rate of Bitcoin kept a steady rise until, just recently, there was a significant rise of value when it comes to Bitcoin. At this point, it is certain that, given the growing popularity of cryptocurrency, Bitcoin will generate a higher rise of value.

We analyzed the current market situation, took into account all relevant factors such as political and economic influences, as well as actual market trends. Our goal is to predict which factors can push Bitcoin up to $10.000 by 2018. With all the data we collected, it was easy to create an infographic that sums up what we are about to present in this article.

What influences the rate of Bitcoin?

As any other currency or market asset in general, Bitcoin depends on various factors that determine its value. These factors are variable and have their own influences that cause the floatation, rise, and fall of Bitcoin value. At this moment, three major factors play a significant role in Bitcoin market value:

We already said that these factors have their own influences that dictate future benchmarks. With that in mind, let us see how mining pool, demand, and current supply affect the rise of Bitcoin.

This is really the driving force behind Bitcoin. As a blockchain cryptocurrency, it is easy to see why Bitcoin depends on the number of miners. The largest portion of the mining power lies in China. With over 80 percent of miners arriving from China, it is easy to see why this country is such a large player in this game. Although the situation in this country, regarding their position on Bitcoin, is still foggy, there is also a notable increase of tolerance towards this economic issue.

The recent agreement that a large group of miners reached, created a new momentum in the mining world. The agreement states that miners will share block rewards according to their hash power. Simply put, the more hash power a miner dedicates the larger is the reward.  This lead to an increase of interest when it comes to mining Bitcoin. People are investing more hash power so they would get larger rewards, which in turn enlarges the volume of Bitcoin mining pool. 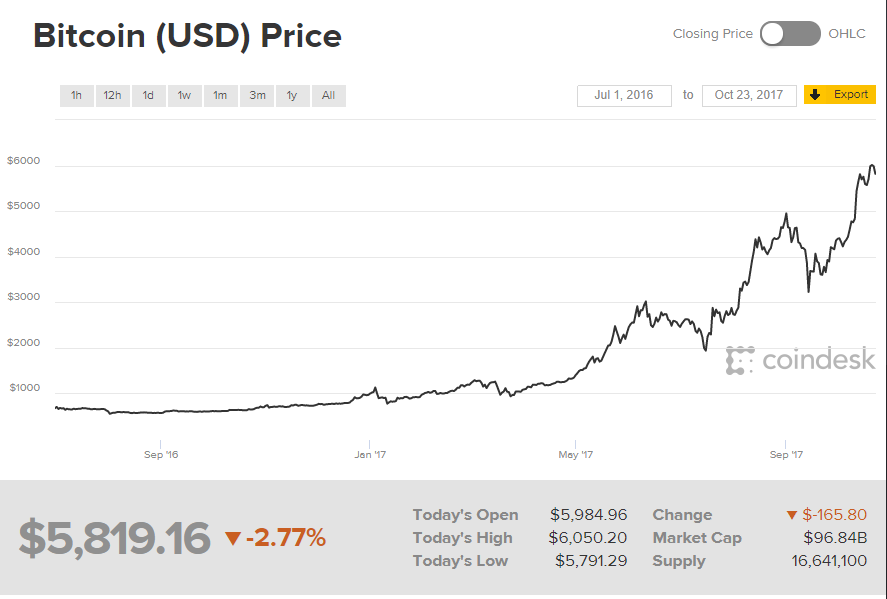 As with any other market asset, demand monumentally influences the market value. The higher the demand the higher goes the price of an asset. The things are not any different with Bitcoin neither.

At this point, there are between 5.8 and 11.5 million “wallets” active. Since wallet exists to receive and send Bitcoin, it is easy to see how this volume of trade makes for a higher demand. What is interesting about this fact is that not only individuals own these millions of wallets. A large portion of wallets belongs to companies that use Bitcoin for their payments. Over 70 percent of companies are establishing Bitcoin as a payment method with bank institutions all over the world. This is a growing trend, which means that that more companies and banks will join the Bitcoin army ranks. As a result, we can look for a higher demand as time goes by. In addition, as we learned before, higher demands means higher asset value.

When Japan made Bitcoin a legal mean of payment, in April this year, this was a big milestone. This caused Australia to debate about them making Bitcoin legal in the near future.

Maybe the most significant influence on Bitcoin market demand was the introduction of Bitcoin cash that is a peer-to-peer digital currency. It is possible that this method of payment will grow large thanks to several features it offers:

No matter how high is a demand for a certain market asset, the supply is arguably a decisive factor. The amount of Bitcoin left for mining is growing lesser by the day. This means that with less amount left, the price of Bitcoin is surely going to rise. At this point, there is only 22 percent Bitcoin left for mining. Out of 21 million Bitcoin available, 78 percent is already in circulation. As the number of BTC left to mine grows smaller the price of the cryptocurrency will rise, there is no doubt about that – it is the rule of the market.

We had the opportunity to explore the factors that influence the value of Bitcoin on the market. We tried to bring you closer to the actual and trending numbers that form the market price of this cryptocurrency. For the time being, all indicators show that 10k milestone by 2018 seems like an easy job. Will the indicators hold? We sure hope so. 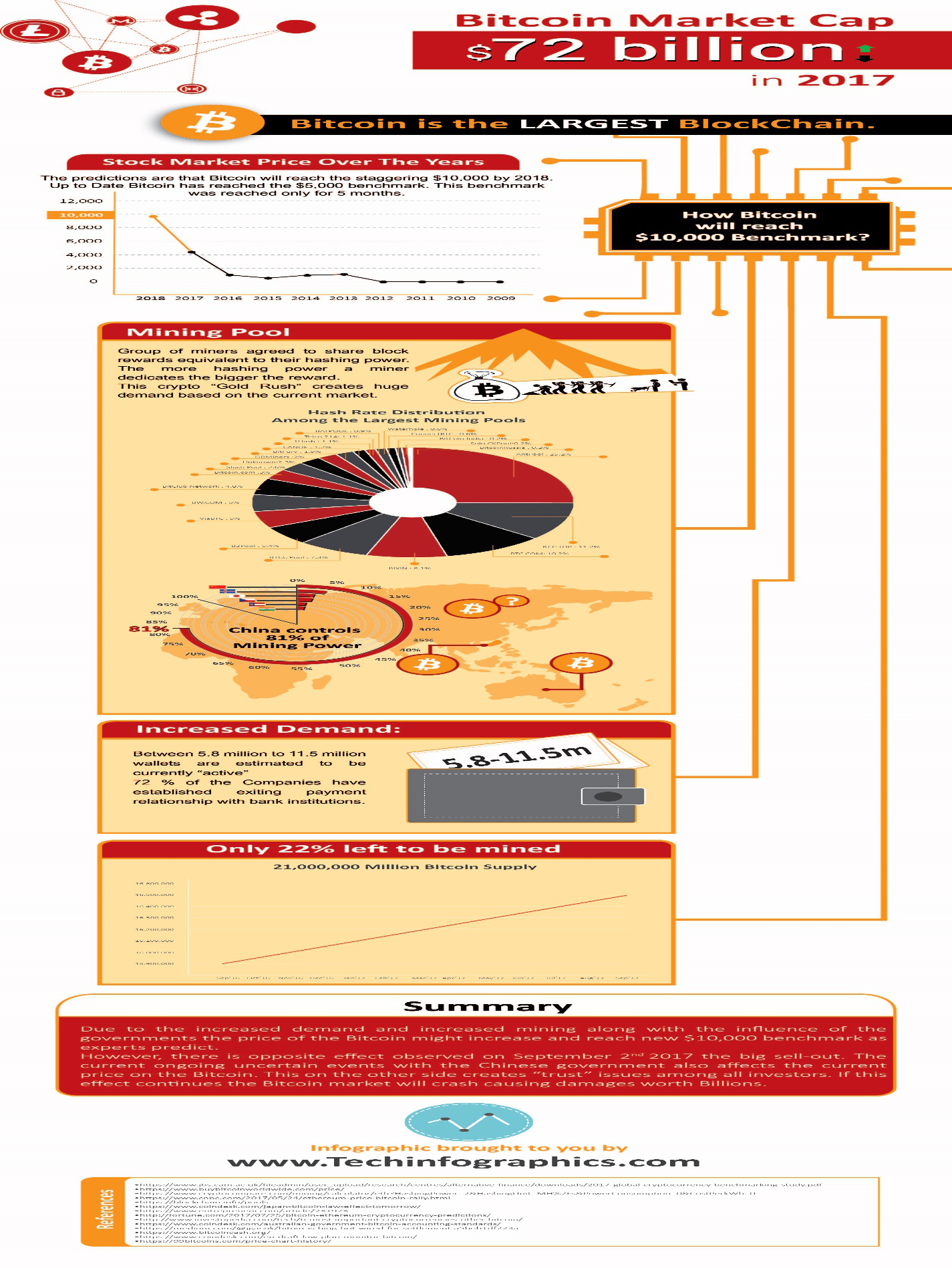 Dimitar Dimitrov, the owner, and PM of Techinfographics.com. Dimitar is a young entrepreneur who is into technology and innovation. He is an investor and key figure into several other online projects. He travels and writes about technology and business.